We are now working with Debbie to test the latest innovations in bat-rich areas, especially where previous attempts have failed. Additionally, we recently collaborated with Tom and Laura Finn, founders of Fly By Night, Inc., to test three of their Deluxe Bat Condos that have peak-season capacity to shelter up to 1,000 bats each. Hundreds have been installed in Florida with 90 percent occupancy. Ours were mounted on poles near rivers. Additionally, Tom helped us mount three small houses on nearby buildings. Tom demonstrating how to use a rope to lift a bat house after having climbed a ladder. This BatBnB two-chamber house has been altered with three-quarter-inch thick furring strips to provide extra roosting space between the house and building. This adds an additional roosting chamber at little cost (above, left). During installation, Tom braces the house on his ladder. This house will be shielded from rain but exposed to morning sun (above, right).

On a broader scale, Jay Gaderre, of WHITEHORSE, has agreed to help test a small bat house design that has proven more than 90 percent successful in Taiwan. Jay will be shipping samples for testing in five U.S. states.

Why so much new testing? Haven’t we already learned all we need to know about bat house basics? Yes, between 1988 and 2004 we did learn a great deal through the North American Bat House Research Project, led by Mark and Selena Kiser and myself, relying on invaluable reports from thousands of volunteer participants.

Virtually all kinds of bat houses were at least occasionally successful. But the best-used houses were:

Failures were strongly associated with:

Initial results were mixed. Some users uniformly failed while others with similar houses were dramatically successful. As we’ve gradually discovered why, occupancy success has improved.

Temperature was identified as a key determinant. Bat houses could be too hot or too cool, or could simply fluctuate too much. For example, in coastal areas of the Northwest, bats readily occupied houses mounted on poles but rejected them east of the Cascade Mountains. Day-to-night temperature fluctuated too much in arid areas. This can be solved only by using extra-large houses or by mounting them on buildings which serve as heat-sinks that dampen day-to-night temperature fluctuations.

Except in areas of extreme day-to-night changes, pairs of houses mounted back-to-back on poles in full sun, one facing southeast, the other northwest, are increasingly favored by America’s most experienced bat house users. Testing can pay big dividends.

In Florida, Ernie Stevens hung a bat house from a tree limb and attracted a nursery colony of 124 apparently desperate evening bats. When I convinced him to try mounting a pair of houses back-to-back on a pole in full sun, his original colony moved to the house facing northwest and expanded to over 300. These were joined by free-tailed bats in the warmer southeast-facing house. His resulting mixed colony included 800 bats!

In Louisiana, Bill Halloway began by mounting two houses on pine trees. No bats were attracted, so he moved them to a pole, mounted back-to-back. Bats promptly began moving in. Encouraged, he added another pair of larger houses on a pole, one black and one white, and ended up with a mixed nursery colony of 800 free-tailed and big brown bats, apparently due to a greater range of temperature options.

Much can be learned by simply watching bat house occupants on warm versus cool days.

In Pennsylvania, Lisa Williams and Cal Butchkoski noticed that their little brown bats moved up on cool days, down on warm, literally hanging their heads out on extra hot days. By adding ventilation slots, they were able to protect their bats from overheating, even in sun-exposed, black houses on the hottest days. Vents are now standard in all but the coolest climates.

As a result of such reported discoveries, the Kisers and I were able to publish the Bat House Builder’s Handbook in 1993. Over the subsequent 27 years discoveries have continued. Recently, Dani Cordani and I have been interviewing America’s most experienced bat house users in a wide variety of habitats and climates, each with decades of experience with hundreds of bat houses.

Based on their experiences, it’s clear there is still more to learn. We’re working on an updated resource that will:

If you’ve made a potentially important discovery, it’s not too late to share it with us at bathouses@merlintuttle.org. If you’d like to support these endeavors, please donate here and/or join MTBC as a sustaining member.

To better protect both bats and bat house consumers, MTBC is also offering our seal of approval to vendors whose houses meet our strict standards for construction and advice. Our resource, Selecting a Quality Bat House, provides guidance and a list of certified vendors. To apply for certification, contact bathouses@merlintuttle.org. 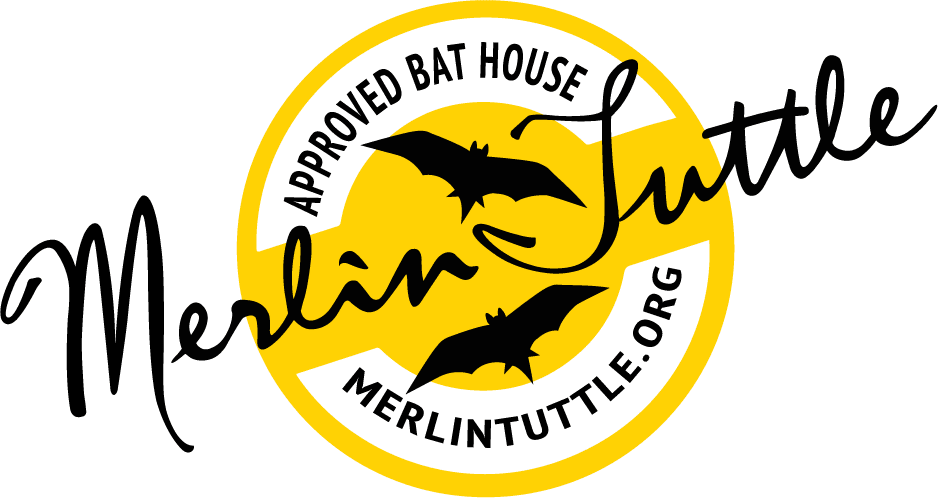 If public health warnings were based on actual risk, rabies from bats would be near the bottom of the list. On a global scale 99