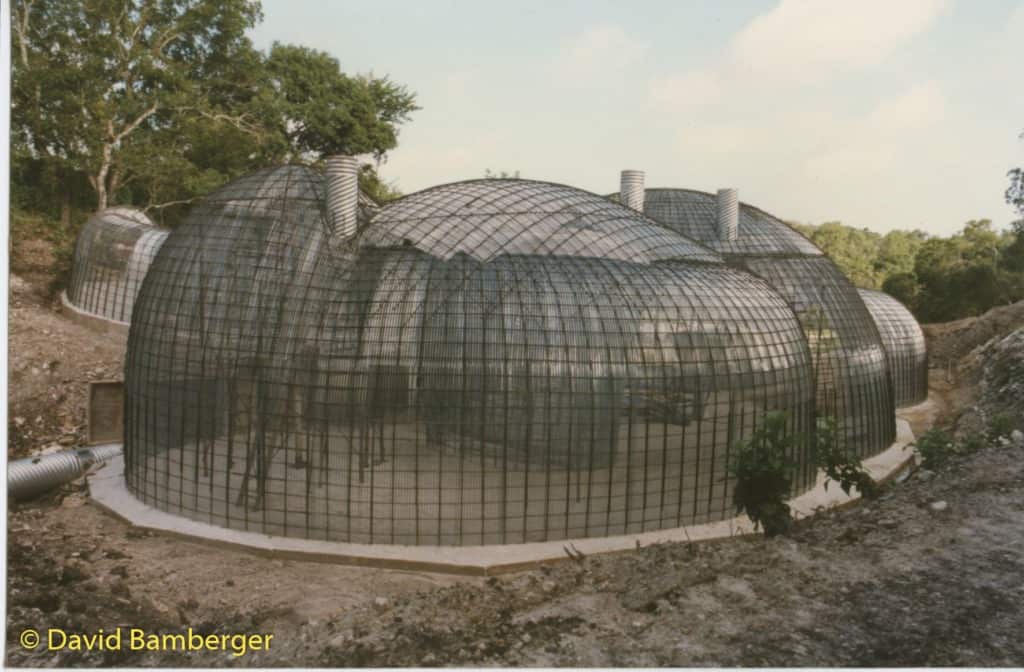 When J. David Bamberger was first introduced to an evening emergence of the millions of Brazilian free-tailed bats (Tadarida brasiliensis) at Bracken Cave in the Texas Hill Country, he was awestruck. He fell in love with this wonder of nature and soon began asking if it would be possible to attract a miniature Bracken colony to his ranch. Undaunted by an absence of caves, he asked me about the feasibility of “building” a cave.  Would bats come? END_OF_DOCUMENT_TOKEN_TO_BE_REPLACED